God Bless Kris Jenner.  I know she was just probably just happy to tell her story of her breast augmentation on the national news.  I know she probably did not purposely schedule her interview with NBC,  during the moment of silence for the 9/11 victims.  So, let’s not be upset with Kris Jenner.  I mean, who does not want to want to look so chic at her age?  I am blaming the Today Show.  I mean come on- where does the nonsense end?  Please read on of the happenings:

NBC skips 9/11 moment of silence, keeps up with Kardashians

NEW YORK, Sept 11 (Reuters) – For NBC’s “Today” show, keeping up with the Kardashians on Tuesday trumped observing a moment of silence marking the attacks of Sept. 11, an American television news tradition observed by every other U.S. broadcast network.

NBC’s “Today” morning program at the same moment broadcast an interview with Kris Jenner, the mother of Kim Kardashian and a cast member of the popular reality show “Keeping Up with the Kardashians.”

NBC has found itself under scrutiny since ABC News’ “Good Morning America” recently snapped a 14-year streak as the top-rated U.S. morning show.

“The Today show dedicated a considerable amount of time to September 11th coverage this morning throughout the entire show,” spokeswoman Megan Kopf told the site. The program included an extensive segment on a 9/11 survivor.

Returning from a commercial break Tuesday morning, “Today” anchor Savannah Guthrie introduced Jenner at 8:45 a.m. and began a discussion about the celebrity’s breast implant replacement surgery, the run-up to which was featured on one of the show’s episodes.

“I gotta say,” Guthrie began, “I know you guys are all for ‘baring it all,’ but is there ever a time where you say ‘OK, we can turn the cameras off now?'”

“You know, I thought it was such a great idea to film that,” she replied about replacing her implants. “It was so important, healthwise, to remind women, you know, check your expiration date!”

Throughout the day, the network morning-show industry hummed with animated discussions about NBC’s unexpected programming.

“Oh…my…God,” one rival “Good Morning America” staffer intoned. “What were they thinking?”

This is what was happening on NBC- during the 9/11 moment of silence:

This is what should have been happening: 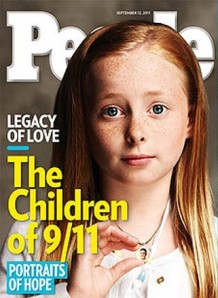 NBC should have been having a moment of silence to respect those who were effected by the 9/11 attacks. Like this precious little girl that lost her Dad.

Am I the only full blooded American who feels like they deserve an apology?  This was the anniversary of 9/11- the day that remembers when bad people boarded planes & killed innocent Americans- for insane reasons.  If not for this day, I would not have been afraid to be alone at my house that night- ALL THE WAY IN MISSISSIPPI .  Darryl Worley & Alan Jackson would not have gotten to sing their awesome country songs reminding us of the pain & fear that struck each American in our hearts, that day. We suffered as a nation.  We came together & prayed for people we had never heard of before.  We mourned for the common good of man. It was a call to repentence.  But now, NBC has made a mockery of us & our grief.  It’s not Kris Jenner’s fault.  And to put Savannah Guthrie in the hot seat for that one.  She’s just trying to get started on a good foot with America, why would you give something like this to the new girl?  It’s kinda sad, kinda ridiculous, mostly makes me want to have NBC go out & cut their own limb off the peach tree – to bring back in for a good leg striping. However, instead of turning it to the Today Show in the morning, I believe I will be coasting on past to ABC or CBS, who showed respect & dignity.  If my grandmother were alive, she would cover her mouth, shake her head & proclaim, “Well, I’ll say.”  Which is what she always said when she was in disbelief of someone’s rudeness or unethical actions.  Then, she would proceed with something like, “They outta be ashamed of themselves. I know, they was raised better than that.”  All I have to say is God have mercy on the Today Show & God Bless America. 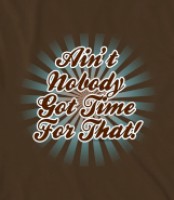