Decisions, decisions. We all have to make them.  Sometimes decisions can be hard.  Evidently it was for the sky this morning.  It could not decide if it was going to storm or if the sun was going to shine. 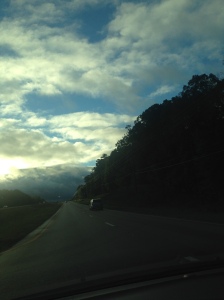 If you look closely, you can see the sun was trying to shine. But, we were driving right into some ugly looking clouds.  Strange, I know.  With the sky being so indecisive this morning, it made me think about a story, my Daddy has always told about my Papa Clyde.  There was a time, he had a chance to make a life altering decision.  You will be very surprised at what he did.

My Papa Clyde was a sharecropper. He & my Mama Boyce had 10 children.  They obviously had to make the most of their earnings.  However, they were always willing to share what they had with others.  One time my Papa Clyde started to notice the fuel in his farm tank was running low.  He would get more fuel added in, then before he could turn around, the level was back down.  He had an idea of what was going on.  So, he waited & after dark, he took his post out by the fuel tank.  Before long, one of his neighbors wandered up the dirt path, with a gas can & hose.  Papa Clyde sat there & watched as the guy started to siphon fuel out.  When the time was right, Papa Clyde walked up to the man.  The man was obviously startled.  The man immediately started apologizing to my grandfather.  My grandfather said,

”Look you are going to have to stop this.”

“I mean yer gonna hafta quit siphonin’ this out. You could get hurt doin’ that.”

The man didn’t know what to think.  Papa Clyde said,

With that, Papa Clyde took his gas can & showed him how to operate the fuel tank.  After he filled up his can, he handed it back to the man & said,

“Now that you know how to get it out, just help yourself, anytime you need it.”

Needless to say, Papa Clyde did not have any problems with this man stealing gas again.  Ever.

I have told that story to several different people. I have had some say,

“I would have shot anybody trying to steal from me.”

My grandfather did not choose that.  That day he decided kindness was the best medicine.  It puts me in mind of how Elisha, in II Kings 6: 8-23, handled the Syrians.

The Syrians were a bad bunch of people. They were trying to go to war against Israel.  Elisha would have none of it.  He had an idea.  First off, when the Syrians surrounded the city, he asked the Lord to blind them.

18 So when the Syrians came down to him, Elisha prayed to the Lord, and said, “Strike this people, I pray, with blindness.” And He struck them with blindness according to the word of Elisha.(NKJV)

Once there, Elisha asked the Lord to make them see again. When the soldiers regained their sight, the king of Israel asked Elisha could he kill them.

However, Elisha has another plan.  Elisha chooses kindness.  He told the king to make a great feast for them.  After that, Elisha sent them back home.  Do you know what happened after that?  They never darkened Israel’s door step again.

23 Then he prepared a great feast for them; and after they ate and drank, he sent them away and they went to their master. So the bands of Syrian raiders came no more into the land of Israel. (NKJV) 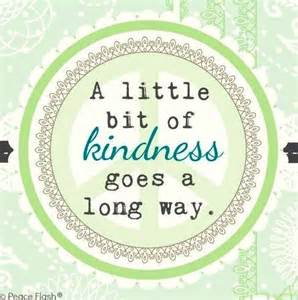 Don’t you imagine it took some courage for Elisha & my Papa Clyde to stand up to people who were wronging them? I would think it would take a level of maturity, that is not seen often enough, & a love for your fellow man to react in kindness. I have to admit, I am not sure I would have reacted in love & kindness in either of those situations.  However, with these 2 wonderful examples I have, I hope to be reminded of their mercy, kindness, & forgiveness, when someone treats me without regard.  You have heard

“a little bit of  kindness goes a long way.”

Well, today, my friend, you have seen where it did.

I am so glad you came by to visit with me today & listen to me ramble about making wise decisions.   I hope you are having a wonderful week.  Mine will get better when I get a new microwave.  Mine has tore plumb up!  We have missed the clock on it more than anything.  My husband has threatened to sit his alarm clock on top of it.  Until I get to shop for a microwave, (which will be more decisions for me)  I should be going because I should be washing clothes. 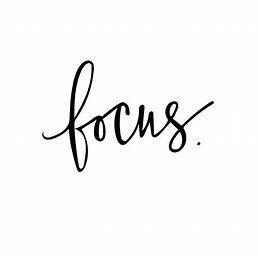 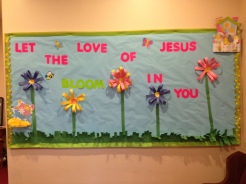