Paula Deen. Bless her heart. If you have ever suffered from foot in mouth disease, you know what I am talking about. I know I have said PLENTY, that when it came out of my mouth, I wished I could pull those words back in. I know Paula has, too. But I am not famous & in the public eye like Paula is. So, you may not know about the time when I was a senior in high school & insulted an older gentleman.
Our local public library hosted a “Senior Night” , honoring our 12th grade class. After school, we went home, got gussied up in our Sunday best & headed to the festivities. This event was open to anyone, who wanted to stop by & wish our class well. My friend & I were there, sipping punch & eating cookies. We were smiling & thanking those of the community that came. One older gentleman came up to me & my friend & commented how nice we looked. Of course, I returned the gesture on how dapper he looked in his sports jacket.
He replied, “I have had this for quite some time, but I still enjoy wearing it.”
In which I so sincerely said , “Yes, my grandmother says clothes come back in style every 20 years.”
Well, Lord have mercy, that man got all tore about that. And my friend about spit out his punch. Needless to say, my bud there,  was too busy horse laughing me to try to help me out.

The upset older fellow spat ,”You, young lady have some manners.” Then, he promptly turned around & stomped off.
I was still standing there with my mouth open, & my friend still laughing hysterically. I was thinking I bet that man is a little more concerned about the future than he was.(Since I had “some” manners or “some” nerve or no manners, or whatever it was the elderly man meant). I won’t ever forget that. But you never knew about it until now, because when I say something I shouldn’t, it’s not like, well, say a celebrity saying something.
For some reason , it is the nature of some people to NOT want other people to do well. I think some of Ms. Paula’s issue is just that. If you haven’t learned by now, celebrity or not, everybody’s not your friend. If you have a handful of friends that you can count on, that love you, that support you, & will be there for you when you need them, you have got a lot! As long as you know who you are deep down, it does not matter what everyone else thinks. I have learned people are going to think what they want to about you, no matter how much good you may try to do. You just have to know, in your heart, the truth. That’s what counts. God knows what you are made up of. Since He’s the only one you have to prove yourself to, the ones , who are talking behind your back, don’t matter anyway.

Now, what all has Ms. Paula said, in her life, 20 years ago, 30 years ago, 40 years ago, that’s going to come back & haunt her? Who knows. At that time in her life she probably never thought she would have as much fame & fortune as she does now. However, we are human. We say & do things that we regret. What do we do when we realize our wrong? We pick ourselves up one more time than what we have fallen down. That’s all God expects. Repentance. Then, we do like Ms. Paula needs to do, hush our mouths & quit talking about it. People forget easily. The ones that love her will be beside her. She has apologized. That’s all she can do. Now, she just needs to step back & wait & pray. If it’s the Lord’s will, He will make a way for her again.
I liked what she had to say on the Today show Wednesday.

Isn’t that similar to what Jesus told the crowd regarding the adulterous woman?

John 8 talks about Jesus being approached by the scribes & Pharisees. They come to him & say, starting in verse 4 going to verse 11

“Teacher, this woman was caught in adultery, in the very act. Now Moses, in the law, commanded us that such should be stoned. But what do You say?” This they said testing Him, that they might have something to accuse Him. But Jesus stooped down and wrote on the ground with His finger, as though He did not hear. So when they continued asking Him, He raised up & said,

“ He who is without sin among you, let him throw a stone at her first.”

And again He stooped down and wrote on the ground. Then those who heard it, being convicted by their conscience, went out one by one, beginning with the oldest even to the last. And Jesus was left alone & the woman standing in the midst. When Jesus had raised Himself up and saw no one but the woman, He said to her, “Woman, where are those accusers of yours? Has no one condemned you?” She said, “No one, Lord”. And Jesus said to her, “Neither do I condemn you: go and sin no more.”

I’m not saying what Ms. Paula said was ok. I’m saying no one is perfect. We all are going to mess up. We need to be more forgiving & less judgmental. Unless you are ok with people treating you with no forgiveness & passing judgment. Treat others like you want to be treated. (Matthew 7:12) Give people the benefit of the doubt.  Just like Jesus did in John 8, he did not beat this woman over the head with the fact she had been committing adultery. He did not point a shameful finger at her. He did not get her fired from her job. He did not even demand an apology from her. He forgave her (even without her asking) & told her live a life without sin. What more can you ask of Ms. Paula?

I am so glad you stopped by to visit with me today. I just get down right irritated when I think somebody is being done wrong. I forgive Ms. Paula & I pray she will learn from this & draw closer to God.  I think people should not be so quick to jump on any band wagon that comes along. Everybody is wrong occasionally. Some of us more than others! I’m just thankful I have a forgiving God.  I am sorry that I rambled on, but I appreciate you listening. I have to go for now, because I should be washing clothes.

2 thoughts on “Sticks and stone may break my bones….. what is the rest of it, Paula Deen?” 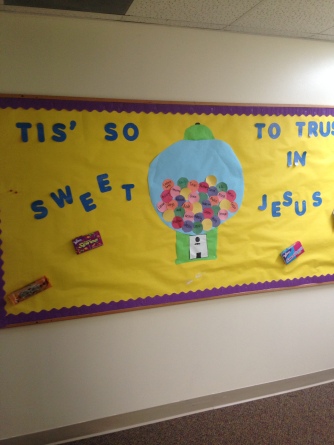